This is an independent radio documentary on the changing roles of aboriginal women since colonialization. This documentary was produced for the Faculty of Education at the University of Manitoba Aboriginal Education course EDUA 1500.Group members include Lana Jorgensen, Kyleigh Hurak and Rachael Smith.

To provide some personal insight we speak to Wanda Wuttunee (Professor in Native Studies at the University of Manitoba). Through the interview we examine aboriginal women's role within the family prior to colonialization and how the woman’s role in the family was well defined, but not restrictive. We examine how the arrival of the settlers brought many changes to the Aboriginal peoples. Primarily through residential schools, the settlers forced their beliefs and values upon the Aboriginal peoples that changed the role of women within the family.

Next Wanda Wuttunee explains how through the workforce aboriginal women have become the strong backbone of modern Aboriginal society. Like modern women they are overcoming adversity to participate in all spheres of the workforce. They use their traditions and traditional values to achieve success in their chosen careers and benefit their communities.
Interviews with: Dr. Wanda Wuttunee 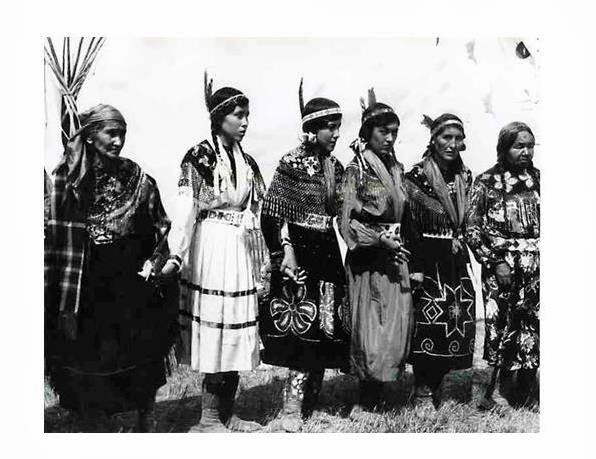