The Prison in the Minds of Manitobans and Kings Dream: 50 years on 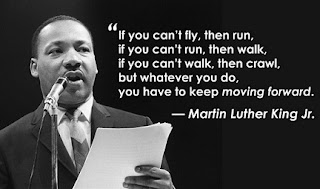 It is ironic that all too often we are still at the same points we were 50 years ago. The movements of liberation that swept the world; challenging old world orders in Africa, Asia, South America, North America and even Manitoba have become unachieved dreams. We have come along way, but the case of Minister Robinson and Osborne House show us that too many still live in prisons of the mind and this is true of everyone. The 1963 march on Washington by the American Civil Rights movement and the address of Martin Luther King Jr to the 250 000 people amassed 50 years ago demonstrate we must still work for the human rights of every individual even today. The dream that King held that his four children “will not be judged by the color of their skin, but by the content of their character” is true for every human being and for all citizens of Manitoba. Should Euro-Canadians or “white people” have a role to play in the terrible conditions that plague too many Aboriginal peoples; of course, for we live together and the issues that affect my neighbour affect me in some small way. We are all connected. The issues though affecting Aboriginal people must have strong leadership by the Aboriginal community, but if a need is not being met, someone must fill the void. The issues affecting Osborne House concern all citizens, because violence against women is an example of the breaking of the dream of King. We need more “do good white people” and we also need strong Ministers like Robinson. Debate is good and we need more of it in society. There are too many fundamental truths that we have not been addressing in Manitoba, preferring ignorance of current injustice. I too dream when my five young children will be able to travel across our city without fear of violence; I dream they will not live in a prison of the mind shacked to past oppression and injustice, but facing the future full of hope and confidence. I dream that in another fifty years we will fulfill King’s vision and proclaim that we are “Free at last! Free at last! Thank God Almighty, we are free at last.”

The Principles of Tsawalk: An Indigenous Approch to Global Crisis 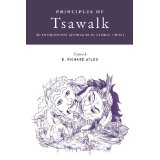 This is a podcast conversation with Umeek / Dr E Richard Atleo about his new book Principles of Tsawalk: An Indigenous Approach to Global Crisis.
Dr Atleo discusses his world view of the Nuu-chah-nulth. It is the idea of interrelationship between all life forms; human, plants and animals. Tsawalk means one and this idea allows people to regard ideas of social, political, economics, constitutional, environmental and philosophy in both the material and meta-physical worlds as a whole. He offers profound criticism of Western science and the way we are dividing the world.
For Dr Atleo there is a current global crisis, but many still believe they can shut themselves off from the world. Dr Atelo presents a very well defined world view that brings into question the idea that we can be separate from our environment both physical and metaphysical.  There is a need to have greater understanding of different ways of viewing the world and the reality we have created.
I can see the book being a challenge to those who are not familiar with a holistic perspective of the world. Tsawalk will have greater resonance with people already working in the Indigenous field. This is a shame because the book would greatly benefit politicians, leaders of corporations and military leaders allowing them to better understand their actions and the effects it has on people and the world around them.
Perhaps someone should send a copy to PM Harper. Who knows, it might keep him up at night or help him sleep.
Office of the Prime Minister (free postage)
80 Wellington Street
Ottawa, ON K1A 0A2
To Learn More: (interview & podcast)
Part I: broadcast June 17, 2013
http://archive.org/details/RichardAtleoMixdownMp3
Part II: broadcast June 24, 2013
https://archive.org/details/1stDraftMixdown
Citations

Perhaps one of the most ignored Indigenous and Human Rights issue facing Aboriginal communities and individuals is the lack of recognition for something we as Indigenous peoples have always practised and that has served our communities well in protecting our children; Traditional Customary Adoption. There are researchers like the Canada Research Chair Dr Ghislain Otis who is attempting to address this issue. Dr Otis (University of Ottawa) has written a new book L’adopition coutumiere autochtone et les defis du pluralism juridique about Aboriginal Customary Adoption within a pluralistic legal framework within Canada and more specifically Quebec. In the interview that I conducted with Dr Ghislain Otis (see below) there are two basic reasons why Dr Otis decided to edit and author this book:
1)                 There is a fundamental trend in international legal research concerning the need for better recognition of Indigenous legal traditions around the world and in Canada. There has been an increase in demands of Indigenous peoples for this recognition as we can see with the international protest movements like Idle No More. There also seems to be a general agreement by many that we must challenge these old colonial systems currently used by many nation-states.
2)                 Indigenous peoples had their own legal system that were sophisticated and well adapted to their own needs and circumstances. These systems have survived despite the attempts to eradicate them or the continued indifference by nation states. This indifference has manifested itself by the non-recognition by nation states that these Indigenous legal systems do exist. Nation states like Canada have responsibilities for Indigenous peoples and to protect their Human Rights. These responsibilities must be acknowledged and supported by state apparatus; and if you acknowledge these systems you must be have a better understanding and research this area of prime importance. Dr Otis asks “How can you have these systems work together?”

Customary adoption is an ancient form of adoption that has evolved and changed over time. It is a practice by which biological parents give their children to another set of adoptive parents. There is a wide variety between Indigenous legal systems in the matter of customary adoption. Some will create a complete break between the parents and child; other systems will maintain some form of relationship between parents and child. There are many variations between. According to the research of Dr Otis these are legal systems that create rights and obligations for Indigenous peoples and all Canadians.

The Province of Quebec is presently debating customary adoption in the Quebec National Assembly. They have had a heated debate about customary adoption for the past 5 years. Currently there is a wide consensus towards the recognition of customary adoption. A working group was created with representatives from political parties, the government and First Nations. On April 16, 2012 they produced a report entitled Report of the Working Group on Customary Adoption in Aboriginal communities. A Bill has also been tabled that would recognize customary adoption in the civil code. This is a major change in constitutional law because it would not only recognize the two current forms of legal systems like common law and civil law, but it lays the beginning in Canada of recognition for Indigenous law as a separate but integrated legal system.

There is a great need for customary adoption within Aboriginal communities because children have multiple issues related to lack of parental right for the adoptive parents. There are issues related to this both individually and collectively. Individually because a child’s fundamental rights are not being protected; what is in the best interest of the child to stable and loving relationships. Should the child exist moved about between foster families and used as a pawn between two different legal systems? These customary adoptions are simply not easily recognized by the western legal system even thought they are still practised very frequently by many Indigenous peoples in Canada. The Inuit in northern Quebec are a prime example of Indigenous peoples who still practice customary adoption. Other issues which affect the individual are the possibilities where the biological parents may return and demand before a court and judge the return of a child or children. Because this Indigenous legal system is not recognized, the judge could return the child. When adoptive parents try using the Canadian state to obtain services to which they are entitled for their child, they often experience grave administrative difficulties. Other practical issues include trying to sign the child up for school; questions about legal authority; questions about child allowances which cannot be paid to the adoptive parents; situations of if the child dies or the adoptive parents dies who receives death benefits and inheritance. Since the parental connection is not legally established the rights of the child and parent are ignored and go unprotected. Collectively the non-recognition forces this form of traditional practice onto the margins and oppresses its continuation because it becomes too difficult to practice. Essentially the practice becomes extinct and dies out.

There are a number of positive points to the proposed law in Quebec because it allows Aboriginal communities to create their own formal system about how to regulate customary adoption. The decisions are left with the Indigenous community and their authority. The law will not define the affects of an adoption, but will require the Authority to define the affects like alimonies or support. It makes it easier to obtain approval and reduces many of the legal costs associated with lawyers and courts that are often incurred when navigating between both systems.

The less attractive element is that provincial child welfare agencies are mandated to be involved. The child welfare agency must approve these adoptions when a child has been involved with the Child and Family Services system. This allows a government agency to interfere with the Indigenous legal systems. They might interfere even though they have little understanding of this system. Dr Otis has a concern that even though it might be in the best interest and welfare of the child some children may be prevented from being adopted.

Dr Otis also discussed the constitutional effect customary adoption may have. Because Indigenous legal questions are a federal responsibility then technically provinces would have little ability to extensively regulate customary adoption apart from minor recognition and procedures. It could force province to recognize aboriginal rights and would constrain provinces on how far they may regulate traditional Aboriginal practices.