Leo Baskatawang is taking applied research to new level. Leo is a Masters student at the University of Manitoba in the Native Studies department. He will be conducting a March (March4Justice) across Canada from Vancouver to Ottawa to discuss and force awareness about the issues surrounding the Indian Act and the inability of the federal government to work meaningfully with First Nations and Aboriginal peoples. Support Leo and his applied research in contacting him as he drags the Indian Act to Ottawa. 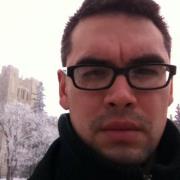 Zonnie Gorman talks about “Growing Up With Heroes: The Navajo Code-Talkers of World War II – A Daughter’s Journey”

This is a conversation with Zonnie Gorman about her work on Navajo Code Talkers. Zonnie will be doing a lectuer tour accross Canada entitled “Growing Up With Heroes: The Navajo Code-Talkers of World War II – A Daughter’s Journey”

Ms Gorman spoke at Migii Agamik (Bald Eagle Lodge) at the University of Manitoba on Monday March 26, 2012 at 10h30.

This lecturer series is made possible by the U.S. Consulate of Winnipeg, the U of M Aboriginal Student Centre, Centre for Defence and Security Studies, Department of History, and Department of Native Studies at the U of Manitoba.
Zonnie Gorman is a recognized  historian on the Navajo Code Talkers of World War II.

She is the daughter of Carl  Gorman, one of the original Code  Talkers and has lectured extensively throughout the United States and Canada at  universities, colleges, museums and other institutions, including  the Museum of the American  Indian and N.A.S.A. Headquarters  in Washington, D.C. 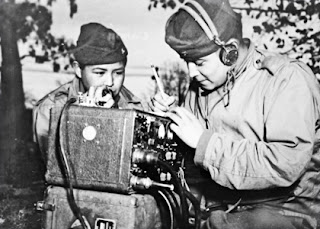 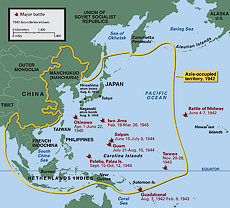 The first book to examine the role of Canada’s newspapers in perpetuating the myth of Native inferiority.


Seeing Red is a groundbreaking study of how Canadian English-language newspapers have portrayed Aboriginal peoples from 1869 to the present day. It assesses a wide range of publications on topics that include the sale of Rupert’s Land, the signing of Treaty 3, the North-West Rebellion and Louis Riel, the death of Pauline Johnson, the outing of Grey Owl, the discussions surrounding Bill C-31, the “Bended Elbow” standoff at Kenora, Ontario, and the Oka Crisis. The authors uncover overwhelming evidence that the colonial imaginary not only thrives, but dominates depictions of Aboriginal peoples in mainstream newspapers. The colonial constructs ingrained in the news media perpetuate an imagined Native inferiority that contributes significantly to the marginalization of Indigenous people in Canada. That such imagery persists to this day suggests strongly that our country lives in denial, failing to live up to its cultural mosaic boosterism.

quoted from the University of Manitoba Press http://uofmpress.ca/books/detail/seeing-red

Mark Cronlund Anderson is the author of four books, including Pancho Villa’s Revolution by Headlines and Cowboy Imperialism and Hollywood Film, which won the 2010 Cawelti Prize for Best Book in American Culture. He is a professor of history at Luther College, University of Regina.

Carmen L. Robertson is mixed blood (Lakota/Scottish) scholar currently working on projects related to the art and mythology of Anishinaabe artist Norval Morrisseau. She is an associate professor of art history at University of Regina and also maintains an active curatorial practice. 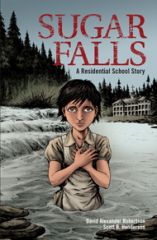 A conversation with Dave Robertson (Cree) about his graphic novel Sugar Falls: a Residential School Story looking at the inspiring and tragic life of Betty Ross.

David Alexander Robertson is a Swampy Cree writer who penned his first book, an epic collection of poetry entitled "The Bestest Poems I Ever Sawed" in grade 3. He received his BA in English from the University of Winnipeg. His ambition to eliminate racism, sexism, and indifference by educating youth about history and contemporary issues inspired him to write The Life of Helen Betty Osborne, published in 2008, and the four-part graphic novel series 7 Generations between 2009-2011. He is currently working on a new graphic novel series. David lives in Winnipeg with his wife and four children, and works in the field of Aboriginal workforce development.


Scott Henderson is a graduate of the University of Manitoba’s School of Fine Arts. Scott’s many projects include work as a colourist and illustrator for comics, portraiture, advertising art, and two WWII web comics for the Canadian Air Force’s For Valour series. Scott is also the author and illustrator of the sci-fi/fantasy comic, The Books of Era. Most recently, Scott illustrated the four-book graphic-novel series, 7 Generations. 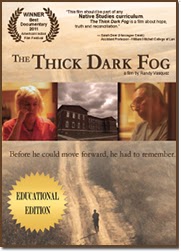 This is an interview with  Randy Vasquez and Jonathan Skurnik about their film The Thick Dark Fog which deals with issues found on Indian Residential Schools (Indian Boarding Schools) in the United States. The principal story looks at the experiences of survivor Walter Littlemoon of Pine Ridge Indian Reservation. His experiences offer a tragic account of too often common life changing situations thrust upon young First Nations children in Canada and the United States.