This radio documentary focused on how racism towards Aboriginal people can be seen through clothing. The main points addressed were racism through sports jerseys, traditional clothing, Victoria's Secret 2012 fashion show, and the “Got Land? Thank an Indian” t-shirts. Each member of the radio collective interviewed different people and worked together during the production of the documentary. Of the people we interviewed, only one wanted to have their names released so they will remain anonymous.

People we interviewed:
Interviewee #1
Middle-aged woman. She is of a mixed background including German, and Cherokee.

Interviewee #3
Man in his twenties. A former University of Manitoba student. Ojibway and Metis background. 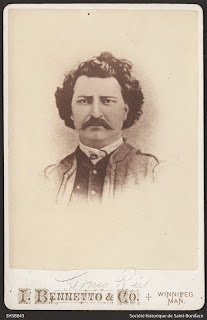 
In this musical conversation, hip hop artist Chase Manhattan speaks with guest interviewer Liz Przybylski. He shares how he puts together his music, and also talks about how family and place influence him. We listen to his track "For My Natives" together, and Chase offers thoughts about how hip hop can speak to social issues of importance in Native communities. And of course, there is a little beat boxing to round out the show.

Chase Manhattan is a Hip Hop/ Rap performing artist, and CEO of Shanob Ent. based out of the Twin Cities Minnesota. His music is influenced by his big brother and his Native American roots( Pine Ridge Oglala, Leech Lake Anishinaabe, and Muscogee Creek).

Chase's work has been nominated for a number of awards, 2009's "The Backside" was nominated for Best Hip Hop/Rap Album at the Northern American Indigenous Image Awards (NAIIA) in Albuquerque, New Mexico. It was also nominated for the 2009 Native American Music Awards (NAMA) in the category of Best Hip Hop/ Rap Album. In 2010/2011 he worked with organizations such as First Nations Composers Initiatives (FNCI), to develop community and culture though music.

Human Rights:First Nations teen Stephen Bunn was accused of smoking drugs after smudging by his school 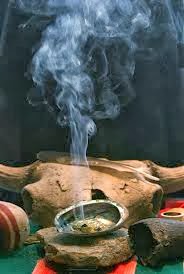 Here is an interesting case of a Indigenous student who is using traditional beliefs (smudging) on his own time and not at school is forced to encounter the bureaucracy of the state. Stephen Burn has been accused of using drugs and was searched by his school. While it is legal to search students on school property it was his explanation of doing smudging that were not believed. Eventually he ended up in the principals office where he was told he must give up doing is smudge. Eventually another reason was raised that the school is scent free environment and he can no longer attend classes after having smudged. Incredibly students and staff that smoke cigarets are allowed to continue this health hazard.

The Canadian Charter of Rights and Freedoms says in section


2. Everyone has the following fundamental freedoms:
(a) freedom of conscience and religion;
(b) freedom of thought, belief, opinion and expression, including freedom of the press and other media of communication;
(c) freedom of peaceful assembly; and
(d) freedom of association.

Smudging is Indigenous physical and mental cleansing technique and tradition. It is a ceremonial way to cleanse a person, place or an object of negative energies or influences. It is also an effective method for energizing or blessing a person, place or object. Smudging can be useful when you're feeling depressed, angry, resentful, unwell or after you have had an argument with someone. It is common to smudge yourself, the space and all the guests or participants before a ritual or ceremony or celebration. You can smudge your home or work space as part of a general spiritual housecleaning. Sage is probably the most popular herb for smudging, followed by Sweet Grass. When the herbs used for smudging are tied into a bundle and allowed to dry they are called a "smudge stick". In traditional societies the herbs used for smudging are considered sacred and the smudge stick is treated with great respect.

Here is another example of  cultural misappropriation by another museum in America. Anthropologists and many museums have spent many years building relationships with Indigenous peoples that can be quickly destroyed by ignorance. The Seattle Arts Museum placed a bet with their counterparts in Denver. The winner of the Superbowl would receive a piece of art work. Seattle would lend a mask (circa 1880) which resembles a hawk created by the Nuxalk First Nation (in Bella Coola, BC) to a Denver Arts Museum. Usually the origins of these masks are less than ethical.  These artifacts often have religious significance and were often acquired in a less than honourable fashion. Seattle would receive a Frederic Remington (1895) bronze The Broncho.


Too often though the relationships between museums and Indigenous peoples are not built by all museums; the Seattle Art Museum staff apparently failed to undertake proper training at post-secondary institutions before joining their museum or follow ethics new standards. Canada has quite an extensive experience in relations with Indigenous peoples. In 1987 the Glenbow museum in Calgary spent considerable sums and time trying to understand the Indigenous world-view concerning the artifacts that that museum was displaying for their Olympic (Calgary 88) exhibit.

American museum have quite a bit they can learn from their Canadian neighbours. I conducted an interview with Dr Ruth Phillips about her book Museum Pieces: Toward the Indigenization of Canadian Museums and the controversies surrounding museums and their obligation to First Nations political and spiritual demands in North America. The ways in which Aboriginal people and museums work together have changed drastically in recent decades. This historic process of decolonization, including distinctive attempts to institutionalize multiculturalism, has pushed Canadian museums to pioneer new practices that can accommodate both difference and inclusivity. Drawing on forty years of experience as an art historian, curator, exhibition critic, and museum director, Ruth emphasizes the complex and situated nature of the problems that face museums, introducing new perspectives on controversial exhibitions (1967, 1988) and moments of contestation (1997).