A new national organization has been formed on Nov 16, 2013. The Metis Federation of Canada interim president Robert Pilon says "The Métis Federation of Canada was formed to recognize, represent and  support Métis citizens across Canada, uniting us from coast to coast to coast.  As a grassroots organization, with representatives from all regions of this country, we are people from varying walks of life who are passionate about our history, our culture and our rights..."

Good luck to this group of people and the cause they hold dear. It will be difficult challenging the current power structures. 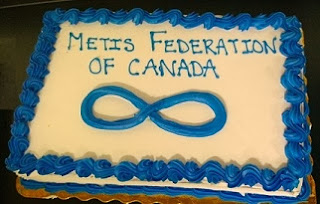