Here is some interesting graffiti around Winnipeg that I found in the downtown area. It is interesting because it apparently indicates gang presence in the area and the gang is marking their territory. Graffiti can be a form of linguistics and discourse to indicate a number of elements. It seemed that what I found in the gang ridden areas was very plain and dull. For instance you will see the very utilitarian tag of PK meaning posse kill. This is a warning to the Indian posse to stay away from this territory, because they will be killed. There is no art to this graffiti. It is utilitarian and in fact was a little dangerous that as I was taking photos, two large gentlemen both heavily tattooed came out of some dark hovel to stare at my colleague (U of Winnipeg) and I while they started to transport a large nondescript bag.

It was near the University of Winnipeg, but they did not look like the usual students one would normally encounter in a class.  I will not mention the name of my esteemed colleague for he fears assassination from his colleagues at the U of Winnipeg for working with his colleague from the U of M. I will maintain his anonymity during our afternoon exploration gang discourse.

This back alley had one of the homes busted in a Drug Op by Winnipeg police in Aug 2013. A 12 year old was arrested for being part of the gang and in the crack house. Quite the scene and image. The use of young children brings to mind the experiences of youth in war zone and the conversion of these youth to child soldiers. I suspect that many of the same indoctrination techniques used by rebel forces in Sierra Leone and Gangs in Winnipeg are the same. CTV Aug 15, 2013 http://www.ctvnews.ca/canada/boy-12-charged-with-trafficking-cocaine-after-winnipeg-drug-bust-1.1412346

PS I did not take a photo of the gang members, though I did say Tansai, I received no response, but a very cold and chilling stare. 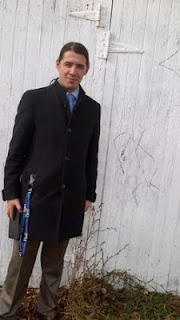 http://www.snopes.com/crime/gangs/sneakers.asp perhaps they are in the army and have been posted!

The following is more traditional graffiti Art with tags attached. I found this in Osborne village just outside of the downtown core. I did not find art like this on my walk; it seems that this art is not expressed during a gang war. That is always the case of art and war. It is much more artistic, but still causes blight upon the community, but at least you know that you will not be shot or beat-up by taking photos. Many of the biz associations are taking measures to remove graffiti from their respective areas in order to maintain appearances of law-abiding orderliness. This would make for an interesting study, but......